Posted on 11th May 2018 Posted By: Fr David Categories: News 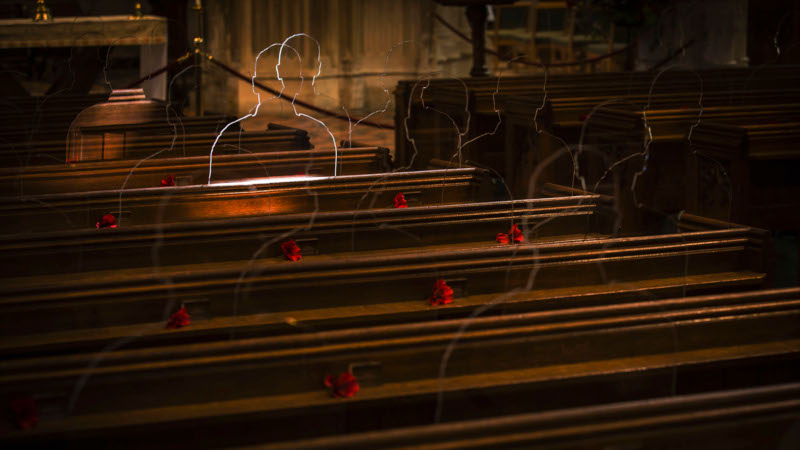 Ninety-three transparent silhouettes have gone on display in Arundel’s parish church to commemorate those soldiers from Arundel who fell in the First World War.

It’s a poignant scene that brings home the great loss endured by the people of Arundel. So many young lives were taken, and yet in this moving and symbolic memorial the boys have in some sense been brought home.

Included in the ninety-three are twelve members of St Nicholas’ choir. These figures have been returned to the choir pews that they occupied a little over a hundred years ago. Men like Alfred Carver who joined the Royal Marine Band. On 1st November 1914 his ship, HMS Monmouth, was involved in the Battle of Coronel off the coast of Chile. During the night the ship took a direct hit and burst into flames.  Just before 10.00 pm she capsized and sank taking all 735 of her crew with her, including Alfred Carver. He was just 18 years old.