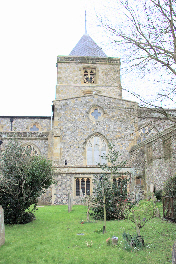 Early in Spring 2017 the PCC embarked on a project that centred on repairing the worn out and much patched, Parish Office roof.

The PCC had pledged £10,000 towards the work and had gained a grant of £52,000 from the final round of the Chancellor of the Exchequer created “Listed Places of Worship Roof Repair Fund”, along with permission to reclaim all of the VAT associated with the work.  Soon after the work started it became evident that the church boilers and flues, located under the roof being repaired, had reached the end of their working life and so the decision was made to also replace four worn out boilers with three, energy efficient replacements.

Alongside the Parish Office roof repair and installation of new central heating boilers: