Royal Coats of Arms were introduced by Henry VIII as head of the church and became compulsory at the 1660 Restoration. This Coat of Arms is Hanoverian and was made during the eighteenth century. 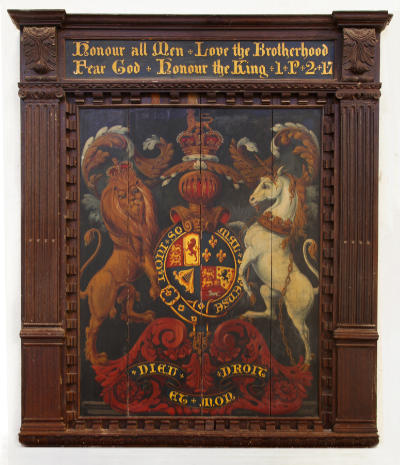 Five red crosses can be seen around the church. Originally there would have been twelve which marked the places where the Bishop dedicated the church at its consecration in the 1380s.

Under each of the windows in the aisles you can see the original stone seats that were provided for the elderly and infirm. The rest of the congregation would either kneel or stand during mass.

Moving from the Lady Chapel towards the main entrance, the first window was made by Burlison & Grylls in 1885. The main panes depict St Mary instructing the boy Jesus, Dorcas giving clothes to the poor and the elderly Simeon with the Christ child in his arms. Below that are depicted the 'theological virtues' of faith, hope and charity. 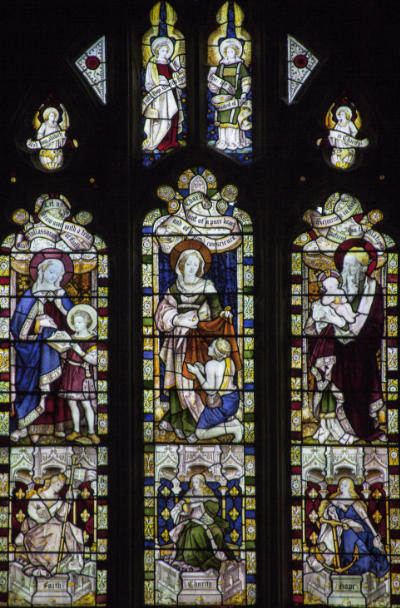 The next window, made by Mayer & Co in 1881, shows (from left to right) the Good Samaritan, Archangel Michael and the Parable of the Ten Talents. It was erected in memory of William Woods Mitchell, the editor and publisher of the West Sussex Advertiser, later known as the West Sussex Gazette. He was also sometime Mayor of Arundel. 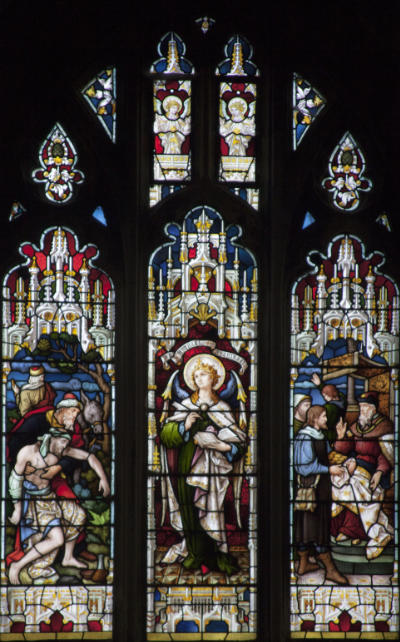 The next window is a fine representation of the Transfiguration of Christ. The glorified Christ is in the centre. On his right is Moses, bearing the tablets of stone, and on his left is the great prophet Elijah. Below are the three disciples, Peter, James and John. The window was made by John Hardman Studios in 1881. 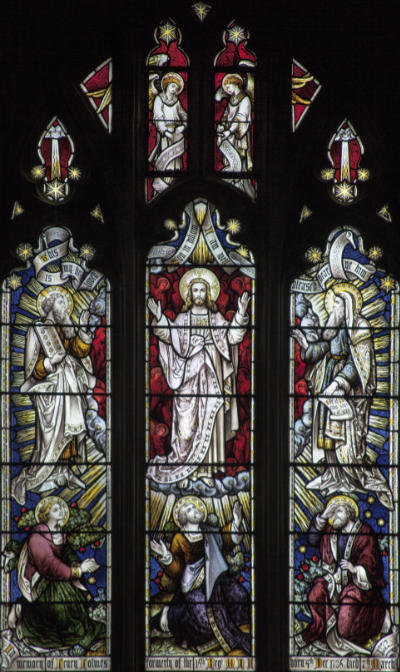 Sadly, the final window along the south wall is hidden above a room erected in the 1980s. It shows our Lord's Crucifixion, Resurrection and Ascension. It was made by Gibbs & Co in 1853 and erected in memory of William Holmes, a former Mayor of Arundel.