Built 1817 by William Gray and Son for £650, the organ was originally on a gallery at the east end of the nave. In 1874 it was rebuilt and moved to its current position. A case by William Hill & Son was added in 1878. 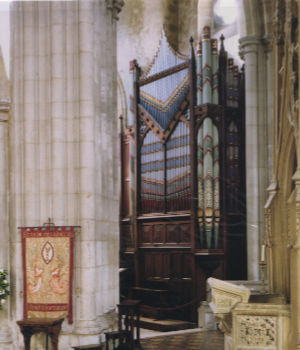 On the north wall of the transept is an early seventeenth century memorial. The original Latin text is difficult to read, but in English it reads: 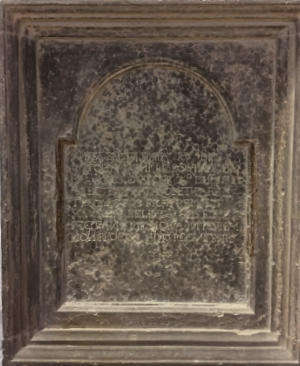 St Nicholas’ has an extensive collection of wall markings, many of which can be seen in the north transept. Many names, images, masons’ marks and monograms can be seen on the pillars. On the pillar to the right of the organ you may be able to discern a ‘demon trap’ (about 4 feet above the ground). These circular images, also known as hexfoils, were believed to attract evil spirits who would then be trapped by their never ending lines. There is also a fine pilgrim's mark on the large pillar at the entrance to the transept (RR for St Richard of Chichester)