The altar and furnishings (2002) are in memory of Rosalind Toole-Mackson.

The Lady Chapel icon (2021) is by Barbara Klimczuk-Moczulska, a Russian Orthodox iconographer from Poland. The icon depicts Mary and the Christ Child. To the left is St Richard of Chichester, the patron saint of the diocese of Chichester, holding his famous prayer. To the right, holding a depiction of the church, is St Nicholas.

The icon was given in memory of Canon Brian Cook, an assistant retired priest who ministered faithfully in this parish for many years. 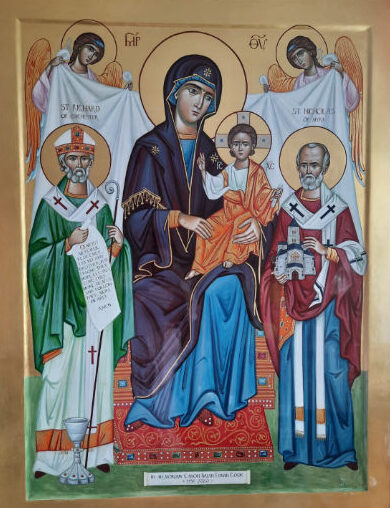 Above the statue of the Blessed Virgin Mary there is a curious and poignant memorial. There is a Latin inscription that, in English, reads:

Innocent and very blessed,
Like a flower I fell and sleep.
Traveller, why art thou oppressed?
Happier I than you who weep.

But who is the memorial to? The memorial simply gives us some initials (L.D.P) and the date 9th December 1823 in Roman Numerals. Research shows that it commemorates Lawrence Duprey Parsons who died aged just one year old. 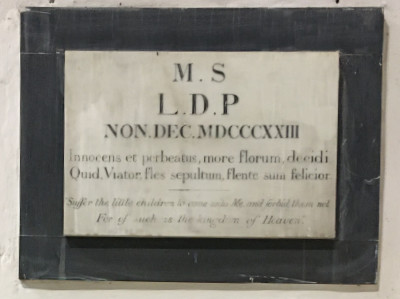 The window above the altar depicts the Flight into Egypt (left), the Adoration of the Magi (centre) and the Nativity (right). It was made by Charles A. Gibbs and installed sometime after 1856. It was erected in memory of Richard Holmes (1785-1856), sometime Mayor of Arundel. 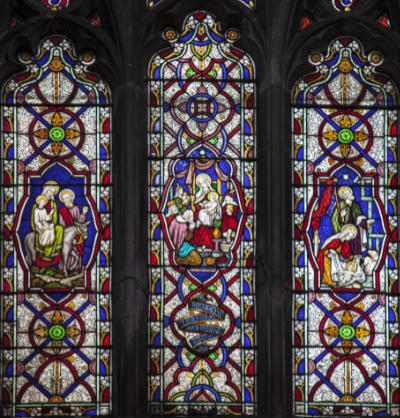 On the south wall of the Lady Chapel is the 'St Nicholas Window'. The great saint is pictured in the central pane surrounded by scenes from his ministry. Interestingly, the plaque under the window tells us it was 'erected by the offerings of the Sunday Scholars A.D. 1881'. It was made by the firm Burlison & Grylls in about 1882. 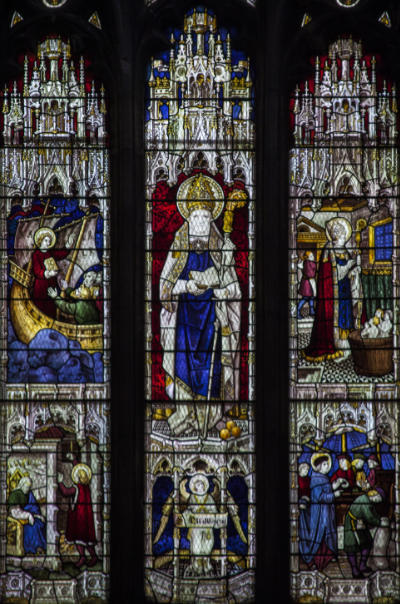